A downloadable game for Windows

I am working alone on this project and it would help me a lot if you provide me with your feedback. If you enjoy the game and want some new content then support me with a little donation or a follow, just if you want to ;)

I do NOT own any rights of "Slender: The Eight Pages" and this is NOT an official "Slender" product. This is just a fan made game and it is not intended to make money. All revenues are considered as a support of the game developer & for new content. Not as an payment for the game!
This game contains: jumpscares, flashing lights, loud noises, scary and disturbing content.

A way to support me:

This game is completely free to play but you can support the development of future games by donating :)

Ah, I remember playing this back in 2019 upon first hearing about it. A lot of the youtubers I watched at the time failed horribly, but I managed to beat it first try. Good times...

The game will no longer be updated?

hello, your project is very interesting. will it have a story?

Thank you! Maybe there will be a story in the future but for now I paused the development for this game. Currently I am working on another Project which will include a story! stay tuned and have a nice day :)

Well, there aren´t real defined system requirements because it is still in development and things might get buggy and laggy even if you have the best hardware. If you want to play the game on the lowest settings then a office pc should run it at least on 20 Frames per second.

But Great Game ^^ I love it , it looks fantastic and slendy too

I was finally able to find your channel and subscribe to it. you could probably see I commented on the slender new hope trailer. here is my channel:https://www.youtube.com/channel/UCqjdKDNJ_p2QaihXX0ZSdgw?view_as=subscriber

i know i comment alot but i just really like the game.... when will you add a experimental feature thing like pressing b in the older versions would activate the unreleased map and like other animations like him crawling and so on?

Iam not quiet sure but stay tuned for updates! ;)

Hey bro,
Recently me and two of my friends came across this game, and i can happily tell you that we absolutely fucking loved it! We were looking for a cooler and more detailed game than the original slender game and we found it. I really hope that you continue this project as i would really love playing the full version. I Think that this has great potential. Therefore i am Also happy to give you a (very small) donation of like $5. I know its not much but its all i Got, i just wanted to do whatever i can to help you out! If there is anything we can do to help we would happily do it!
Keep doing what you do because you are fucking amazing at it!
Look forward for future updates and other news!
Thanks alot!
Ludvig & friends

First of all thank you so much I really appreciate it! No worries iam still working on this project but right now I dont have much time to update the Game. You really dont have to pay any money if you cant afford it. Iam just proud enough that you guys enjoy the Game :)
Thank you for your honest feedback und your awesome support! :)

how do i get to the unreleased map?

also: slenderman dosen't do the cool crawling animation that i've seen in peoples videos, can you fix it because thats shit looks fuckin doooopeeee!

Currently your not able to explore the entire map right now because its still in development. Everything will be available in the fullversion.
The crwaling animation got removed because it isn´t the way how slender actually should behave so I think this wont come back in the future.. Maybe in experimental mode but not in the finished game ;)

for now it got canceled. There is too much going on with the main singleplayer mode that I have to finish at first. Maybe multiplayer will be available as soon as the main game is done but like i said for now there will be no multiplayer mode

hey got a thing. could y'all make the controls changeable, or at least give the game full controller support? as someone  who firstly prefers controller to keyboards and secondly my left shift/alt/control don't work[idk why]. so its very annoying that i can't change the controls or use a full controller in place of my keyboard... please and thank you.

How do you use the cheats?

I finally got around to playing it :)

I enjoyed it and shared my thoughts about it in the video.

I hope the feedback doesn't come across as hostile in the video as that wasn't the intention. I enjoyed playing this and was impressed with the game and I'm looking forward to the final game when I'm sure it'll be great.

Of course not! I know that there are still bugs in the game and Iam going to fix it :)
Anyways thank you for your review and Iam hoping to see more videos in the future

I'm glad this game will be something really great when it's finished. Your welcome and thank you that's appreciated!

I played the Alpha today on my high-resolution 5K screen and it felt very easy to escape Slendy. I was able to run around about one hour and got 7/8 pages in my first try. The field of view where it gets dangerous to loose the game is much too small. Maybe try to change from pixel-distance to something like percentage of the FOV. Also the image-noise effect is almost not recognizable compared to a 1080p screen. Keep up the good work!

good job on what u did i like it

Slendie needs to be a little more formidable and you probably already know about the performance issues with unity.

I like the game , I have a good pc , and have no problem with fps , but it seems that for some reason my graphics card gets up to 80°C, this isn't normal , I play games like fortnite , dead by daylight , csgo and manage to keep an average 55°C while playing these games. The game is cool and I'm really excited for multiplayer , but please fix this issue with the temperature , even playing on the lowest settings with the fps capped at 60 won't change anything , still goes up to 80°C.

Overall , good game , hyped for multiplayer , (and hopefully we will be able to play as slenderman in multiplayer) , the game still needs to be optimized , but I mean , this is an early alpha so I can't expect everything to be perfect. Great game , keep it up , listen to the community as much as possible , good luck! :D

I liked it. cant wait to see what comes next

good graphics but i hate the motion blur

Veri naice game. I never encountered slender man though (at least to my knowledge) so you might want to look into that..

Slenderman is baaaaack! Overall i had fun with this Alpha! I'd love to see more! I personally sucked at finding the 8 pages but that cabbin in the middle of nowhere...Wow...That got me good! i thought i was going to have a heart attack! <3

Thank you! I really appreciate your video and your feedback! Hope to see more videos in the future :) Keep up!

The game is incredibly slow, even on a good PC, the visual effects are completely overboard, it feels as if they just clicked all the buttons in Unity because they thought it made their game look "good."

The gameplay doesn't work. I found myself running into invisible walls every minute, with a little message that says "Coming in a future update," as if just adding some basic forest terrains and a fence around the edge of the play field is all that hard. The issue with this is that if you're running away, you'll just run into an invisible wall, with no indication before you hit it since it just looks like normal forest beyond the wall.

Worst of all, as far as I can tell, Slenderman doesn't have any physical presence. The game will randomly play some spooky sound effects, and then pops up the Slenderman screamer, which stays there for an uncomfortable amount of time after the animation finishes, before booting you to the main menu. You don't see Slenderman chasing you, you just randomly die and there is no apparent way to evade him.

All the things that would make this interesting, like the multiplayer that it claims to have in the first paragraph of the description, isn't there yet. As of right now, Slender - New Hope is simply a buggy, poorly designed, worse version of Slender - The Eight Pages.

I agree more than enough with the lag(i have a good pc) i get it but if you dont want the wall being there, just press B, it deletes it.

I hope i helped.

(also i have all graphics at the minimum.)

I cannot express how great this game is. The ambiance has you on edge throughout the whole experience! I can't wait to see more get added into the game! You can tell by my reactions just how into it I was!

I am very impressed with the game right now! It is a lot scarier than when I first played it, really made me feel uneasy and vulnerable, which is great in a horror game! Can't wait for more updates!

Hi, im currently developing a slenderman game, i could help you with this project. 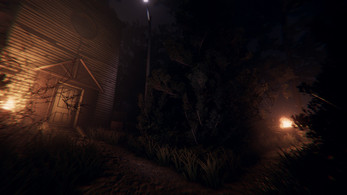 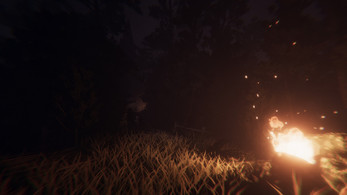 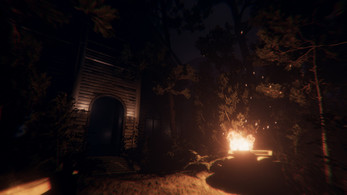 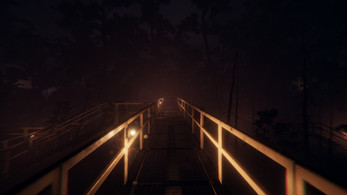 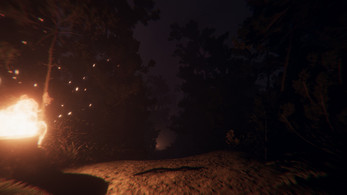